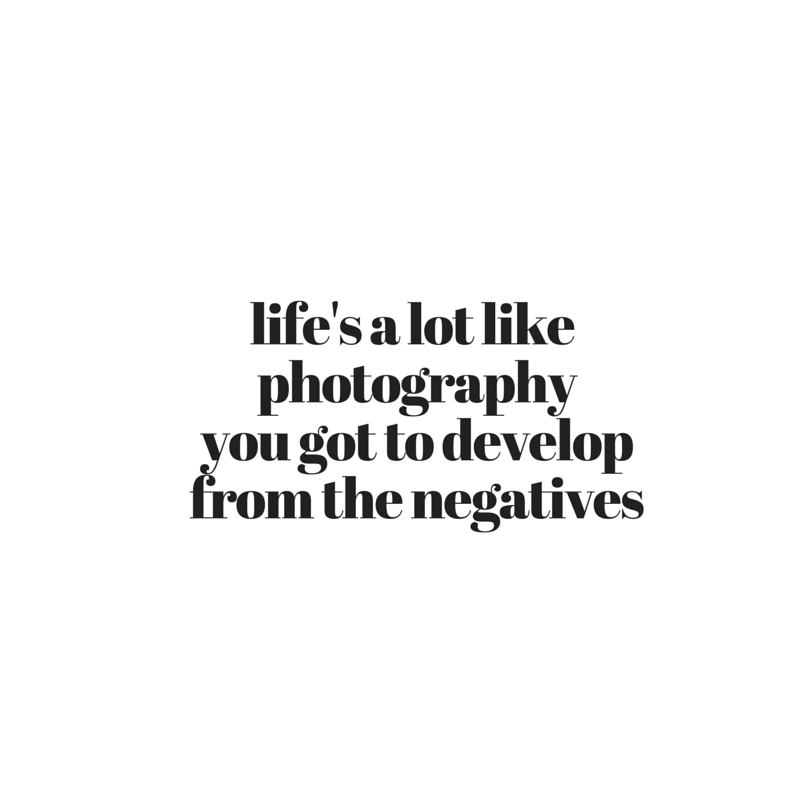 I feel like it’s about time that I addressed this issue. Since I myself, in the past, have been quite negative about life and its outlooks since I believed that there’s actually benefits in being realistic and critical, in the sense that I put a lot of thoughts into my thoughts and actions.

I believed that if I was ‘realistic’ or ‘critical’, then I would see the world for what it really was.

“When someone’s negative towards you. What’s the first thing that comes to mind?”

Did I cause this?

How should I resolve it?

That was my process. Or it used to be, when I took everything so personal.

First I ask myself, ‘is it constructive criticism on my abilities’ – if the answer is ‘no’.

“I do not have time for negative people.”

Your time and energy is like a bank you draw from – how much of this precious currency do you want to spend on ‘negative people’ rather than what you really care about?

You simply do not have the time for them.

And it actually works, on anyone you’re not emotionally attached to. Ahem hard to deal with strangers, colleagues, bosses, you name it (well, at least when it’s not someone you really really care about, like a loved one or a dear friend, because there’s no emotional investment there).

Think about it, when someone’s being ‘negative’ towards you – what’s naturally going to happen? You beaming back? Of course not.

You’ll frown, scowl, make a face, which will then signal your brain to go ‘uh oh’ – ‘I’m feeling down. That sucked. I need something to pick me up.’

And of course, I realize this could be a repeated offence – if that person feeding you all that negativity is someone you work with.

You’re gonna get dragged into whatever ‘beef’ they have with you and into a whirlpool of frustration. Sure, I believe in conflict resolution – but at times, there are just people out there who latches onto you and drain you dry like a vampire bat that just won’t get off your back. You’ll get sick if you give it too much thought and you definitely DO NOT want to put up with anything that gets you emotionally and then physically sick.

If something’s not a fit. Don’t force it.

This is true for jobs and relationships.

Use your creativity to try something new, do something new. As Einstein explained, “Insanity: doing the same thing over and over again and expecting different results.”

So don’t drive yourself crazy.

It’s not worth it.